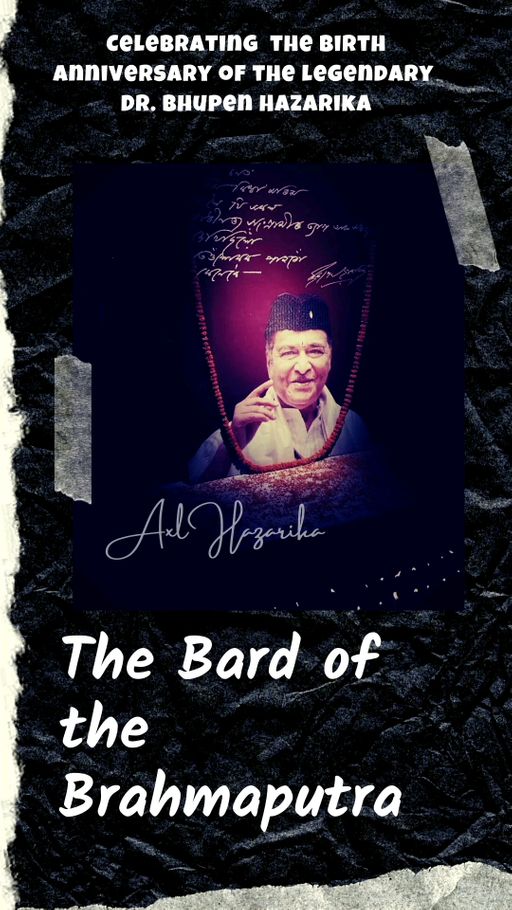 Remembering the Bard of Brahmaputra pic.twitter.com/1AsByBC9ws

One day I met Bhupen Hazarika (I called him Koka) while I went for a morning walk. I asked him about his favorite film. He told me that he likes many films but his favorite is The Godfather Part 1. I then asked him what he thought of the movie and how it was made. He said that it was very good, but he felt like its story was a bit weird. He also mentioned that he liked the music on it. So I asked him if he could tell me a little more about it.

He started to talk about the history of movie-making and how they used to make movies after the 1930s. He told that the traditional way of making movies was replaced by a self-contained area, which had all the facilities built into it. It made things easier for the people involved in the making of movies.

He also told me that the story of the movie was based on a book. He said that the creator of the movie read the book and then made his script for a movie out of it. He also mentioned that the main character of that movie became very famous because his acting was very good in that movie. Later he worked in many other movies and became one of the greatest actors.
He also told me that the music of that movie was composed by a very famous Italian musician. He told me that he is considered to be one of the greatest composers of all time. He composed many other songs as well for many other movies.

He also told me that the main character of that movie, Marlon Brando wore a fats suit for his role so that he could look more like the character in the book. Later on, people forgot that he was very famous even before the Godfather Part 1 movie was released.

After listening to Bhupen Koka's story, I decided to make my research on the Godfather Part 1 movie. I started to collect all the information that I could find on it. I also watched the movie and took notes on it as well. I collected all the information in a notebook and kept on reading it every once in a while.

One night I had a dream about the movie. I was watching a scene of the movie in that dream. In that dream, I could hear all the sound effects perfectly clearly. I could see the expression on the actors' faces as well. That was the best dream I ever had.

The next day I told my mother about my dream. She said that it is amazing that I can dream in such a vivid way. She said that most people only have dreams which are not as clear as real life.

I told my classmates about my dream as well. They said that they also had dreams but not as vivid as mine. They asked me what the dream was about. I told them everything. They said it sounds very interesting and asked if we could watch the movie together sometime. I agreed to watch it with them at the weekend.